This month we have chosen a Speyside Whisky that we tasted last year, this dram can be found in many of your high street supermarkets.

Cragganmore’s name was taken from the nearby hill “Craggan Mor”.

Cragganmore is also part of the Classic Malts Selection which also include:- 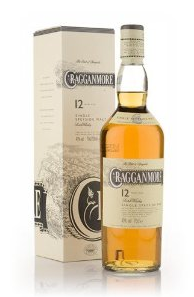 As you can see Cragganmore is part of a very special band of Whiskies.  This grand distillery was founded in 1869 by the renowned John Smith.  The late Whisky writer Michael Jackson said about this wee dram “ has the most complex aroma of any malt – astonishingly fresh and delicate “

This is a bottle that should be in every Whisky lovers cabinet, there is one in the Whisky Boys cabinet, and everyone knows how much Nicola enjoys her Speyside.

Our Malt Whisky of the Month for April 2011 can be purchased by clicking on the window below, this dram is available in 20cl, 70cl and 100cl bottles: