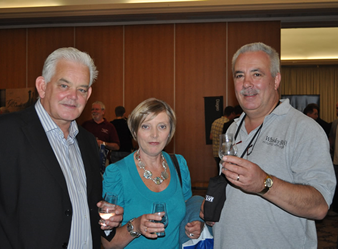 he annual Whisky Live, Glasgow and on his occasion we have Philip Giles (one of or guest tasters) and his wife Lorraine accompanying us for their first visit to this festival.

So as usual we were hoping to meet some friends old and new, plus we had to look out for our Whisky Live Competition Winner, Eddie Grant and his wife.

The Whisky Boys on arrival collected their press passes courtesy of Jena Leeds of Paragraph Publishing, Norfolk and made our way into the main hall for the festival.

The hall was well spaced out with almost 30 exhibitor stands and various areas for food and relaxation together with three suites holding the specialist tastings and masterclasses.

Jim and Nicola together with Philip and Loraine took a stroll around the hall to see the layout and our first visit was to stall No. one which was the World of Whiskies Award stand which was manned by the boys from Cask Strength, Neil and Joel, who we have known for a wee while and enjoyed a few trips and tastings with. 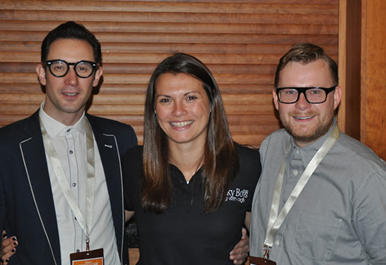 During this great afternoon we eventually met up with our competition winner,Eddie Grant and his wife, we had a wee chat and took some photo’s, and Eddie said that he was having a great day out even though it was his wedding anniversary .

The Whisky Boys felt that there were a few of their favourite distilleries that were not on show, namely Glengoyne, Arran and no Islay distilleries. The only taste of Islay was from the independent bottlers on show.

It was great to once again meet up with Andrew Torrance (now Managing Director with Whisky Shop) , Helen Ste 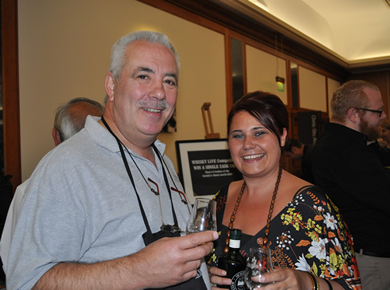 So another great festival well organised and attended, our friends from Northern Ireland and our competition winner, Eddie gave the event a huge thumbs up, with Philip now thinking about Whisky Live Dublin 2012.

So a big thanks to Jenna Leeds for our press passes and to all the exhibitors who allowed us to taste some fabulous drams.