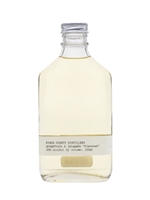 A versatile and tasty grapefruit-infused moonshine with a kick of jalapeño pepper. Thanks to its mix of heat, citrus and bitterness this is a great substitute for vodka in a Bloody Mary, or simply add soda and ice for a long refreshing drink.