The owners of Douglas Laing & Co, the successful independent Scotch whisky blenders and bottlers, have announced that they are to go their separate ways and focus on different projects from today. 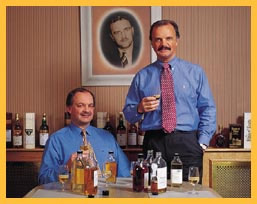 The assets of Douglas Laing & Co have been split between the two brothers. Stock, brands and other functions of the business have been divided, giving both brothers equal value.

In a joint statement, the brothers said: “The Scotch whisky industry is in great shape at the moment and this presents each of us with the perfect opportunity to diversify and explore different projects with the next generation of our families.

“As drinkers around the world expand their whisky repertoire and seek out new flavours, the opportunities for niche players will flourish.  Our commitment is to creating a solid business for the next generation of our families and the business structures now in place allow us to capitalise on the opportunities the market place provides for their long-term benefit.”

Today (Wednesday 1st May 2013) Fred Laing realises his career-long ambition of taking total control of Douglas Laing & Co. the business his father Fred Douglas Laing established in 1948, which is now regarded as one of Scotland’s most successful independent Scotch Whisky blenders and bottlers. As Fred restructures for the future, it has also been announced that the company will maintain tradition with a senior appointment from the third generation of the family. 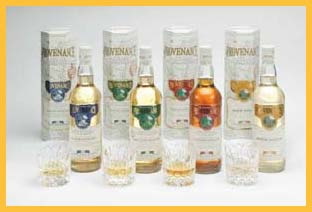 Cara Laing, Fred’s daughter, joins the company as Head of Brands Marketing, bringing with her impressive industry experience and proven marketing expertise. She leaves behind Morrison Bowmore Distillers where she led both Bowmore and Glen Garioch Single Malts as Marketing Manager, to take up this role. Specialising in brand strategy and innovation, Cara was previously Global Brand Manager of Jura and also worked on Dalmore Single Malt at Whyte and Mackay.

Fred and Cara now have an exciting opportunity to develop fresh, innovative, new brands for Douglas Laing. The first of these new brands – a premium Single Cask range – for the company is expected to be unveiled in September. Most recently Fred created and launched the Big Peat brand; a modern, quirky Islay malt with a big personality that continues to grow YOY, out-performing the Malt category. It has also won numerous awards, most recently stealing the show at the ISW International Spirits Awards 2013, to win ‘Grand Gold’.

Beyond innovation, Douglas Laing will continue to invest heavily in stocks appropriate to protect their malt, grain and blended core brands such as ‘Directors’ Cut’ and ‘Provenance’ both of which are performing well and out-pacing the Malt category with strong double digit growth. 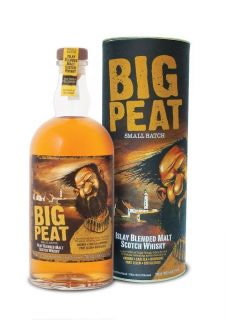 Fred Laing said: “This is the start of a fresh new chapter at Douglas Laing with our third generation and I’m delighted to have Cara join the company my father established over 60 years ago. I confess, she brings exceptional and arguably better experience in the industry than I do. She has a great head for business, and an energetic, creative take on what’s needed in the industry; a trait that’s particularly important given our determination to strengthen Douglas Laing’s niche as a progressive, innovative company.  We look forward to developing our current whiskies as well as our new brands, which are already in the pipeline.”

Cara added: “Douglas Laing has a long and interesting history; one that I’m delighted to officially be part of now. The company’s reputation has been built on being individual, never following the crowd and always insisting upon the best quality. Dad has been a massive inspiration to me as the driving force behind Douglas Laing, so I’m looking forward to working with him, strengthening the characteristics and brands that he introduced and emphasising our progressive, original spirit through clever marketing and strategic development.”

As has always been the case, Fred will continue to hand-select all of Douglas Laing’s casks as well as writing the tasting notes in conjunction with Malt Ambassador, Jan Beckers. Fred has also retained other key members of the original Douglas Laing team, including Finance Director Alick Bisset plus Head of Logistics Archie Hamilton and Head of Production Stephen Gardiner who cumulatively bring more than 50 years experience with the company. The 12 strong Douglas Laing team will be expanded on in the coming months with several senior new appointments.