This is number 10 in our journey to find out a little about some of the more influential people in the Whisky Industry. The Whisky Boys met Jan at Whisky Live 2010 in Glasgow and as always the Douglas Laing stand was “chock-a-block” and Jan was in his element, Whisky and Whisky lovers.

Now how did Jan get on with our questions.

A. This is the long bit about how a Belgian gets involved in the Scotch Whisky Industry. Being the youngest of six kids, it were my 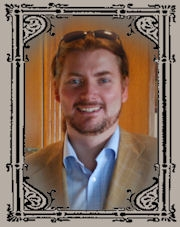 older brothers and brother-in-law that introduced me to wine and spirits (at a respectable age). I specially remember a weekend in Germany, where my brother was doing his (compulsory at the time) military service he invited myself and some friends over for a weekend. Dining in the officer’s mess, I was introduced to Armagnac and my first Whisky – Chivas Royal Salute (which was the most exclusive dram they had at about 50p a shot – no taxes or VAT in the army). At the time Single Malts were very rare in Belgium so my first introduction was Glenfiddich.   Later on, my sister brought back Lagavulin and Laphroaig from her honeymoon in Canada (of all places). This big difference in character from the Speysiders I had tasted, lead to me reading books about Whisky.

When I studied engineering (which I didn’t finish), the university encouraged us to get some work experience in a production environment. Rather than working in a yoghurt or mayonaise factory in Belgium, I applied at a couple of distilleries. I was invited for an interview with Innes Shaw, the distillery manager at Knockando distillery.  He said that they would need to train me for about 5 weeks and if I left after 2 months that wouldn’t be worthwhile for them. But he picked up on my Belgian roots and the languages we speak so he suggested me to apply as a guide at one of the visitor’s centres in the area. So I applied at Glenfiddich distillery and landed a summer job with them in 1998. I returned for the Easter period the following year and they asked me to work as a Senior Guide. The difference in jobs is that you are in charge of the other guides and the tours that you do, are aimed at connoisseurs, so included a whole tasting at the end. In total I worked 6 summers at Glenfiddich and it was a great stepping stone to get into the industry in the end.

By this time I had quit my engineering and had started a cooking course. Cooking has always been a passion of me and I still like doing dinner parties. Also the family in Belgium (which has now extended to 27) still expects me to cook the Christmas dinner. I found out that working as a chef, wasn’t what I was expecting. I cook to see how people are enjoying the food and to share it with them. As a chef, you see plates of food going out, and empty plates coming back in. And it is a very stressful job, with a lousy social life.

In 2003 I moved back to Belgium, permanently I thought. I had a 9 to 5 office job which left me time to organise Whisky tastings for different importers and distributors. Meanwhile one of my colleagues at Glenfiddich had joined Douglas Laing. Through her I got to know Fred and Stewart as well as their Belgian distributor. When my friend left Douglas Laing, looking for a new challenge, I asked her if she minded if a applied for the job and she didn’t. I phoned Fred and asked him if the job was still available…

A. At some point my dream job would have been having my own restaurant and creating new dishes to impress my customers. I still like my cooking and I am planning to pick it up again in a semi professional status. I hope to organise some cooking courses where I can combine Scottish produce, a French/Belgian style cuisine with Whisky (in the food and/or on the side).

A.  Probably the first Whisky that was bottled with my initial on the tasting note. It was an Old Malt Cask Laphroaig 13 yo. I got myself a full case and gave my dad a bottle the next time I was in Belgium. I still have one bottle in my cupboard.

Another proud moment was when Fred and I had put together the vatting of Big Peat (Fred’s baby) and our stock for 3 months had been sold out within 2 weeks. 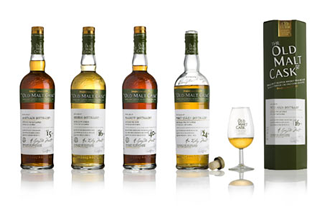 A. I’m still grateful to W Grant & sons, to employ me as a guide and working at Glenfiddich and Balvenie distillery. Basically you have everything on one site, 3 distilleries, a malt barn, cooperage and bottling plant. And I have good memories of sampling Whisky straight from the cask.

Sampling casks on a regular basis now, I am very fond of the old Grain Whiskies that we bottle.

A. I can’t pick one pub here. Ben Nevis is very convenient as it’s around the corner from my flat and they often have live music. I also like Oran Mor as it’s a very lively pub. And then there is the Bon Accord, you can’t beat a pint of real ale and a dram.

A. Quite recently I sampled a cask of Grain Whisky which had a distinctive peat character. Probably the Grain Whisky was accidentally filled in an ex-Islay cask but we can’t trace back which Whisky was in that cask before.