Where did the Irish get the Eeeeeeeeeeeee from ??? 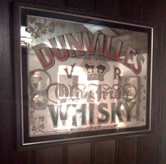 Now here is the question, where did the Irish get the “E” in Whiskey from?   As you may have gathered from previous blogs, we were recently in Ireland and as you can imagine we had a variety of Celtic debates, for example which nation was first to create Whisky.

Our Irish brothers were adamant that it was the Green Isles creation, but alas we argued that origin was definitely from Scotland, because in our opinion Scotch is the best, (but we have conceded that the Irish are catching up fast and we did sample some awesome drams – especially at our Kilbeggan Distillery visit).   In the end it was agreed that without our honourable C

eltic roots, there would be no Whisky at all.

As is our want, the debate turned to the correct spelling of Whisky/Whiskey.  Again the Scottish argument was that it should only be spelt without the E, again our Irish brothers argued it should always have the E. 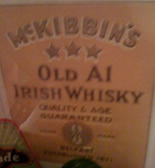 (and we can prove it) that at one time Irish Whiskey was spelt without an “E”.

The Whisky Boys left no stone uncovered (well actually we were having a scone and a pot of tea in Belfast Castle) when we discovered a display of old labels and bottles in a frame indicating that Whisky was at one time correctly spelt in Ireland.  Ahhhhhhhhhhhhhhhhhh – we told you so.