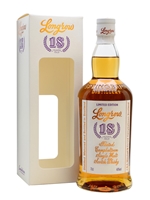 The 2017 release of aged whisky from Longrow – the heavily peated malt made at Springbank in Campbeltown. The 18 Year Old is a sought-after favourite – rich, smoky and sweet with notes of smoke, dark chocolate and ginger.