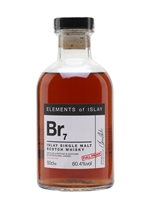 Distilled in 2001, this single malt has been created from the marriage of three sherry hogsheads and one ex-bourbon barrel. A rich, heavy dram to delight fans of the sherry-aged style, it comes packed with notes of dried fruits and dark chocolate.