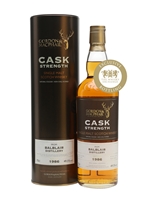 A special release of 30-year-old Balblair 1986, selected by us and bottled for the inaugural Whisky Show: Old & Rare, which took place in Glasgow in February 2017. And old-fashioned dram, with endless complexity and strong distillery character.