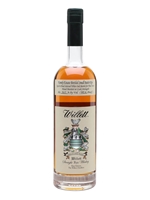 A balanced and herbaceous three-year-old rye whiskey. This is first distilled in a 60ft column still and then a copper pot still, both at the family-run Willett distillery, which re-opened in 2012 after having closed in the 1980s.