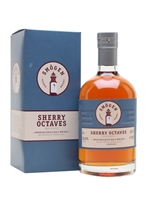 The second series of Smogen's Sherry Projects starts with this limited-edition bottling from 18 sherry octaves - casks with a capacity of around 50 litres. Expect notes of vanilla, pine, cinnamon and honey alongside sherry and dried fruits.