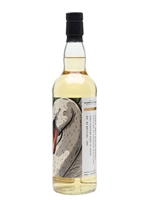 A single cask Linkwood single malt, distilled in 2007 and matured for 12 years before being bottled by Thompson Bros. Herbal, grassy aromas fill the nose, alongside bright citrus fruit, while the palate offers notes of Bakewell tart, shortbread, citrus and spring flowers.