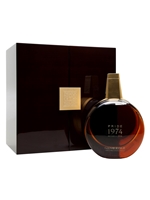 This is the oldest official bottling from Glenmorangie, at 41 years of age. A marriage of whiskies aged in oloroso sherry and bourbon casks, this is rich and complex with notes of apple, orange, honey, toffee and clove.