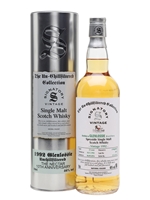 Bottled by Signatory as part of Belgian organisation The Nectar's 10th anniversary celebrations. Filled from a single hogshead into 274 bottles, this Glenlossie 1992 should be worthy of celebrating in its own right.