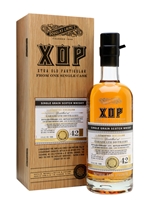 This 42-year-old Garnheath was aged in a refill barrel and released by Douglas Laing as part of the Xtra Old Particular series. Distilled in February 1974, this is complex and medium-bodied with notes of toffee popcorn, candied orange and candy floss.