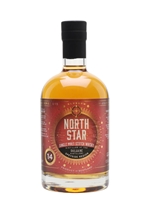 A 2007 Dailuaine single malt from indie bottler North Star Spirits, matured in a single refill sherry butt for 14 years, before being bottled in May 2021. Aromas of black cherries and treacle fill the nose, complemented by notes of cinnamon, beeswax, freshly-baked croissants, ginger snaps and black coffee throughout the palate.