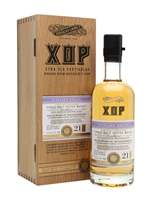 Clynelish is known for its waxy texture and this 1995 vintage has been aged for 21 years before being bottled for Douglas Laing's Xtra Old Particular series. Rich and sweet with notes of golden syrup, Highland heather and citrus zest.