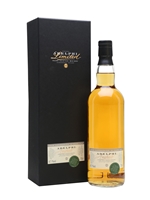 This epic 38 year old was distilled in 1970, just a few years after Caperdonich's revival. The distillery has been mothballed since 2002 by owners Pernod Ricard, and seems unlikely to open again. This was bottled in 2008 and has been released as part of Adelphi's Archive series.