Elvis to Appear at the Jura Music Festival

A surprise addition to the Jura music festival was announced today as organisers revealed that Elvis will be making an appearance.

Although he will not be performing at the traditional music event, the local distillery’s four year old moggy will be taking pictures of 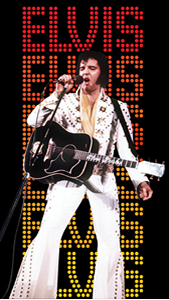 the island shenanigans over the whole weekend using his “petcam”.

Whisky aficionados, feline fans and music lovers will be able to get a cat’s eye view of the bands and the punters enjoying three days of entertainment on one of Scotland’s remotest islands.

The festival starts this Friday (24 – 26 September) with a line up that includes Session A9, Mary Ann Kennedy, piper Fred Morrison, Brigada Mercy and a host of talent from the island itself.

Jura distillery manager Willie Cochrane said that Elvis was a much loved regular at the music festival.

“Elvis is very sociable and loves the music and the people, and can often be seen weaving his way between dancing feet into the wee small hours.

“For the first time visitors to the Jura website will be able to see what Elvis sees, and get a very unique insight into this great event. If it’s successful and loads of people log on, we may well make it a permanent feature and people can get a cat’s eye view of life on the island.”