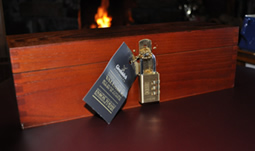 The event is over now, padlock combination received and our treasure chest opened “WOW“.

The two Whisky Boys who enjoyed this event were Jim and Nicola, (Dougie is still up in Aberdeenshire working).

From day one when we first heard that we were going to be involved in something special and quite valuable, the Whisky Boys were intrigued and took this event with both hands and followed all the instructions that were e-mailed. 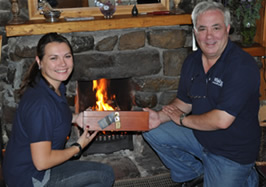 The Whisky Boys felt quite special as only 10 bloggers world wide were chosen to get involved in this event.

The team at Glenfiddich kept us guessing about what was in this grand box that was delivered by courier. Each day we got a clue that hopefully would lead us to another blogger who would have a note of our combination.

The clues that the Whisky Boys received led us to the blogger “The Whisky Guy” and in turn we were able to give him the code for his padlock. 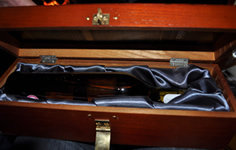 us by using the clues provided by the Glenfiddich team, as that blogger would have had our code.

But on our last e-mail from Glenfiddich they gave us our code, which saved Nicola getting out the claw hammer.

The box we eventually got opened and found an exclusive bottle of Glenfiddich Single Malt Scotch Whisky Aged 15 Years which was bottled at Glenfiddich Distillery on 21.07.2010 and is bottle number 21. Certainly a treasure.

The Whisky Boys found this to be a great event, and congratulate all the team at Glenfiddich for a quite unique experience, th

is must have taken quite a while to set up and get of the ground, but all done very professionally.

The only down side was that some bloggers did not take this event seriously, some opened their box before even getting all the clues, the Whisky Boys fully complied with all the rules in this game and really enjoyed the experience.

So a big thanks to the Team at Glenfiddich for not only including the Whisky Boys but also for hosting an excellent event.  Please keep us in mind for any other events and can you also send us any information or news you would like us to publish on our site.

Can the team also give us some of their thoughts and comments on our website.

So we shall be keeping this bottle for a very special tasting evening and hopefully have a guest to join us. Can the team help us, can you suggest someone that we can contact and invite as a guest taster, maybe someone from TV or sport.

Thanks again from The Whisky Boys