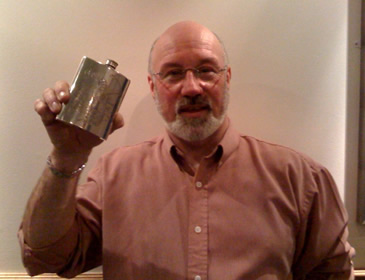 Here we go….here we go…here we go, off to Pitlochry six of us on our annual pilgrimage for a party night at the “Atholl Palace Hotel“.

After a hectic morning, either, working or meeting other commitments, we were finally on our way, four of us in my mate Dougie Bell’s 4×4 (just in case of some bad weather, it can happen now and again in Bonnie Scotland) the other two following on Saturday morning so that us guys could manage a round or two of golf, whilst the girls stayed at the hotel for a pampering session with the in house beauticians.

Anyway, rolling along very nicely passing Dunblane  on a lovely sunny Friday afternoon, the  wives Catherine and Doreen in the back seats singing and giggling about the party tonight and tomorrows pampering with massages and facials etc. At this time I thought it might be a very good idea to phone Pitlochry Golf Club and check on the playing conditions of this great course. “Just checking on the prospects of a great game tomorrow” says I to club pro. “You’ll be lucky” he said , “we have approx. three or four inches of snow here ” he continued.

Aye Rabbie wis right enough  — the best laid plans of mice and men — it was then that I had a great if not fantastic idea (ouch that hurt) if we cannot get in a round of golf, then we could use our time to visit a local distillery. Dougie Bell says “why not visit Edradour” without a second thought I agreed, golfing was immediately forgotten.

The mention of the smallest distillery in Scotland reminded me that I had filled my hip flask this morning with Edradour Whisky in the hope of putting to good use on the gold course later today, so there was no point in keeping in the flask any more. Since not everyone likes undiluted Scotch Whisky and I would not put water in a hip flask, I decided to temper the ‘bite’ with a little Drambuie, this was going to help take any sharp edges of the dram. Believe it or believe it not, I offered the first taste to the girls in the back, giving them some strong advise “just take a small sip in case you do not like it that much” why did I 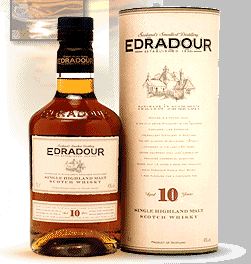 waste my breathe they loved it, so much so, I had to ask if I could try my dram from my flask? That teardrop or two of the fabulous Scottish Liqueur certainly rounded off the taste and added more body, not that Edradour is short of body, “Aaaahh!” says I after a healthy swig from my flask, breathing the delicious fumes over to Dougie Bell while he was driving. He gave me one of his looks of disgust and continued on up the road, so the girls and I just carried on sipping this grand wee dram.

Within the hour we could see the turrets of the Palace  standing out against the background of snow on the surrounding hills and mountains and soon we were parked beside the entrance. As Dougie Bell’s right hand turned off the ignition and withdrew the key, his left hand shot out and grabbed the flask from on the dashboard, this is where I casually tossed it after declaring it dead! Dougie Bell gave it a shake and a smile broke out on his face as he unscrewed the cap and downed a couple of swigs, “just as well” he growled, but quickly added that the mellowness of the Edradour / Drambuie marriage could well be a favourite with him as it certainly  was with Catherine and Doreen.

Dont be affraid out there this is a nice way to have a warming dram, especially in the cold winter nights, go on…go on…go on ..try it tonight.