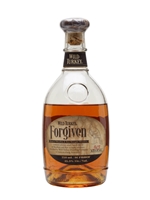 Wild Turkey Forgiven is a blend of 78% six-year-old bourbon and 22% four-year-old rye whiskies. Apparently initially produced due to a mix-up at the distillery, the result was so good they decided to release it.