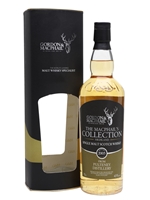 Old Pulteney is known for its coastal, maritime character, and this 12-year-old bottling from the MacPhail’s Collection is no exception. Distilled in 2005, it was bottled in 2017 and has a lovely balance between fruit, spice and chocolate notes.