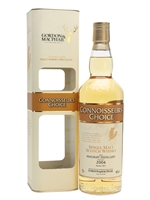 A 2004 vintage Macduff from independent bottler Gordon & MacPhail as part of the Connoisseurs Choice series. Distilled in the year the distillery underwent a refurbishment, this was bottled in 2017 in its early teens.