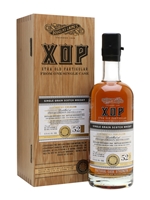 A 1964 vintage Invergordon from independent bottler Douglas Laing as part of the Xtra Old Particular range of single grain whiskies. Aged for an impressive 52 years in a single refill ex-bourbon barrel, this is sweetly spiced with notes of vanilla and butterscotch.