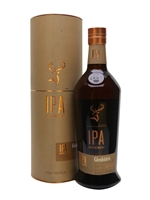 One of the first pair of entries in the Glenfiddich Experimental Series – a whisky finished in casks seasoned with India Pale Ale. The Speyside Craft Brewery created a special beer which was aged in ex-Glenfiddich casks for a month before they were returned to the distillery and filled with whisky for a three month finished. The result is a vibrant and fruity dram.