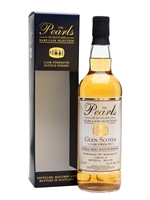 1992 vintage whisky from one of the few remaining Campbeltown distilleries - Glen Scotia. Distilled in January and bottled in June 2016 at 24 years old. We've seen a few independently bottled Glen Scotias recently and they've gone down very well - there's more to the distillery than is often thought.