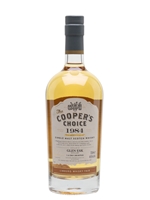 This special bottling of Glen Esk was distilled in December 1984, the year before the distillery closed. Aged for 31 years in a single bourbon cask, this was bottled in 2016 for the 15th Limburg Whisky Fair in Germany.