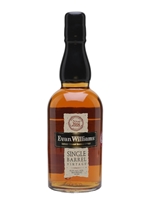 The yearly release of Evan Williams's vintaged single barrel whisky, aged for around nine years. The folks at Evan Williams know how to pick them, and with every vintage gaining a few breathless reviews we expect good things from this one as well.