Below are some of the latest whisky releases to hit the online shelves for October 2018. Visit the Whisky Boys online shop for a Dunedin 18 Year Old Double Wood or a Dunedin 1988 Single Cask whisky. 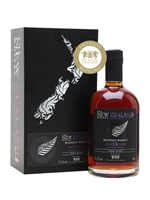 A beautifully complex whisky from closed distillery Willowbank in Dunedin, New Zealand – the world's southernmost distillery until its destruction in the late 1990s. After an unconventional double maturation – a quartet of ex-bourbon barrels followed by a lengthy period in French oak New Zealand wine casks – this is a complex 18-year-old full of full-bodied, lingering dark fruit notes and woody spice. Exclusive to The Whisky Exchange. 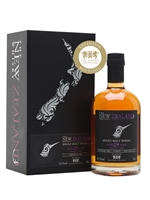 A rare single-cask release from closed New Zealand distillery Willowbank – the world’s southernmost distillery until its destruction in the late 1990s. Distilled in 1988 and bottled in 2017 exclusively for The Whisky Exchange, this is a rich, well-aged dram with all the fruity intricacy and deep-rooted wood influence one might expect from a whisky on the brink of its third decade. A fine, one-off bottling that won’t be around for long.