A couple of months back I was lucky enough to visit the 5 distilleries owned by John Dewar & Sons, and given the opportunity to nose and taste these new ranges, of what some people may have thought would never see the light of day as an own bottling single malt (Craigellachie). Also a  couple of these distillery’s were / are sited within the Whisky industry as core malt making distilleries, intended for the blended market, dependable in consistency and character, perfect for the blended market.  All this makes the Dewars quintet of distilleries, so far, quite illusive as distillery own bottling Single Malts (maybe with the exception of Aberfeldy ;-)).

BUT, over the last wee while John Dewar and Sons has been invested time, knowledge, casks and some very attractive packaging into producing brand new Single Malt core ranges for these well known GREAT MALTS.

Below is the official press release, but over the next few weeks / months I will be providing my own tasting notes on a few of these new release Whiskies.

————–
John Dewar & Sons Ltd., one of the most respected names in the world of Scotch whisky, today announced plans to release a range of new expressions and never-before-released single malts – the hidden gems of its single malt portfolio. This bold move, unprecedented in recent years, will introduce a treasure trove of top-shelf whiskies to consumers around the world.The distinguished drams of ABERFELDY®, AULTMORE®, CRAIGELLACHIE®, THE DEVERON® and ROYAL BRACKLA® are launched under the title of the “Last Great Malts,” each with a compelling story and character.For generations, these distinctive whiskies have been distilled and left to mature undisturbed in oak casks. Now, at last, whisky aficionados the world over will be able to taste the single malts from these distilleries in their authentic form.

“The single malt category is one of our industry’s great growth opportunities. We are blessed with five of Scotland’s finest, high-quality whiskies,” says John Burke, dark spirits category director. “We have great respect for the category and are confident that each of the Last Great Malts will be a fitting addition to the repertoire of the most discerning single malt enthusiast.”

ABERFELDY, known as the “Golden Dram,” draws its water from the Pitilie Burn. Pure and fresh, its waters are famed for containing deposits of alluvial gold. The dram is much admired for its honey notes, displaying a classic Central Highland style rarely tasted in single malts today. Named “Highland Whisky of the Year 2014” by Whisky Magazine, ABERFELDY is repackaged and available globally as a 12-year-old and a 21-year-old, with an 18-year-old exclusively available in Travel Retail. The Company plans to launch a 16-year-old sherry finish and a 30-year-old in 2015. 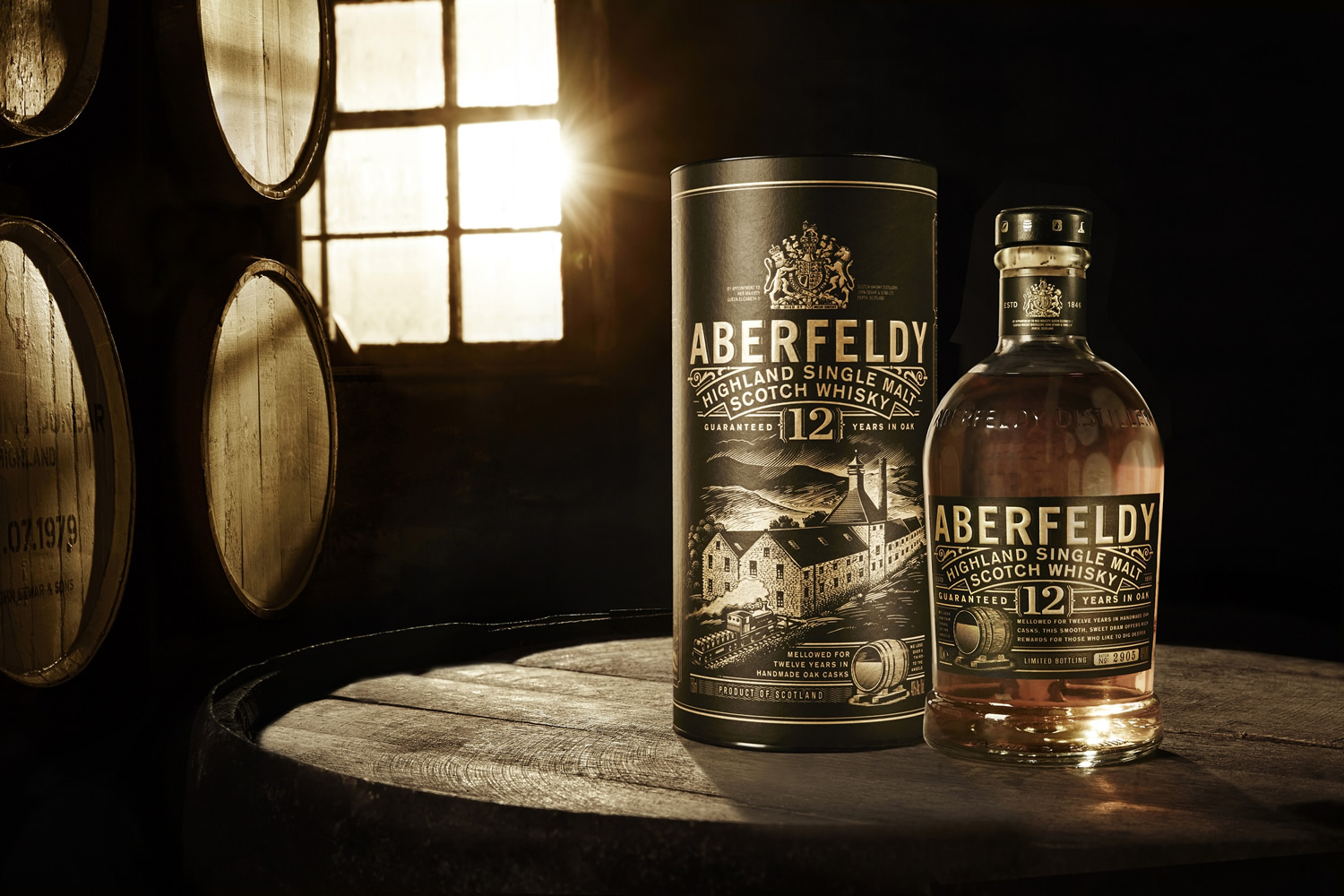 AULTMORE is a rare Speyside malt known locally as “a nip of the Buckie Road.” The distillery’s water filters down through the misty, mysterious area called the Foggie Moss. AULTMORE is rated top-class and is a dram sought after for its gentle grassy notes. AULTMORE will be available from November with a 12- year-old, a 21-year-old in Travel Retail, and a 25-year-old in limited quantities. 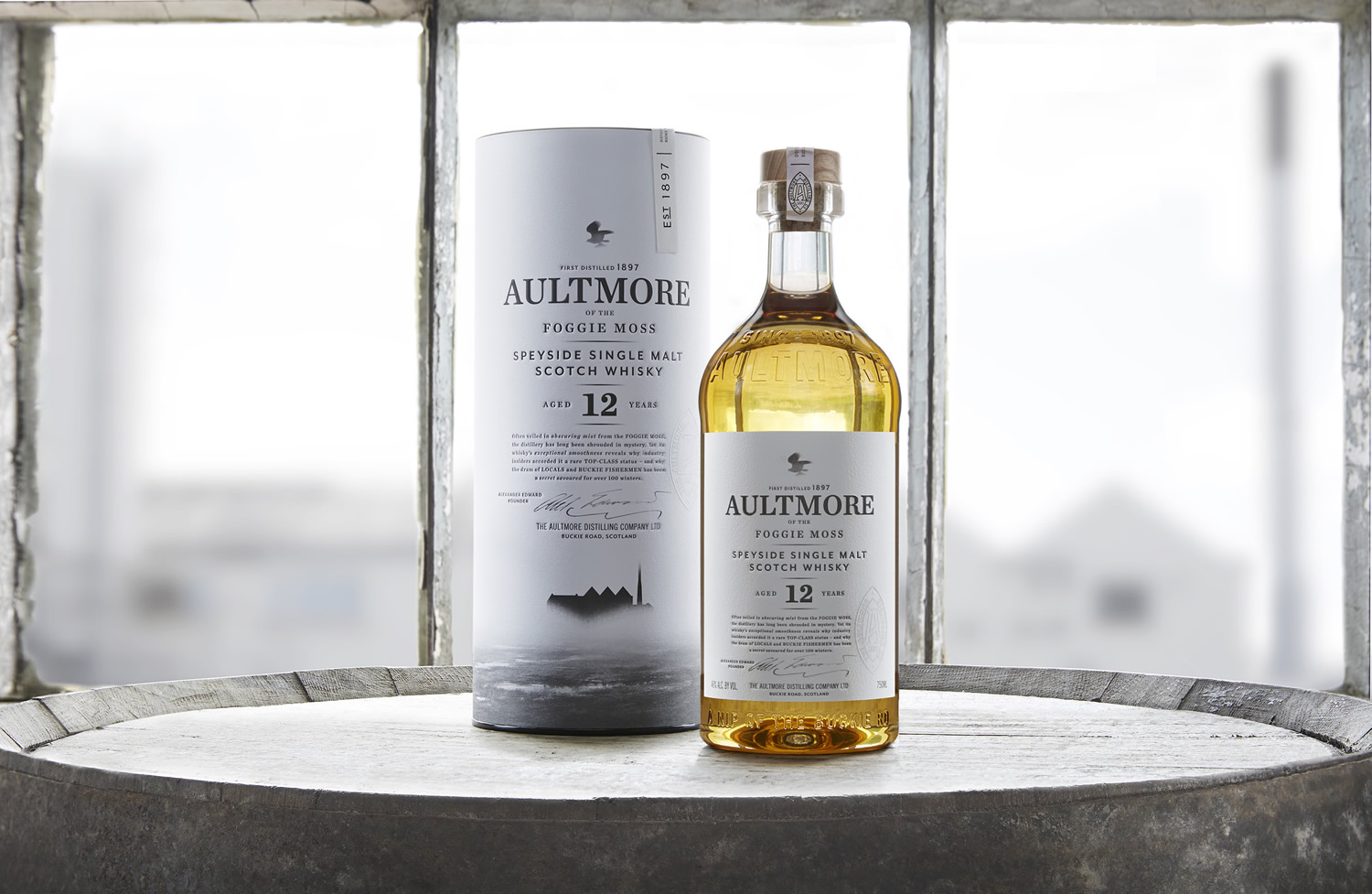 CRAIGELLACHIE has released a portfolio of single malts for the first time in history. The distillery stays true to its traditions of whisky-making, including the use of worm tubs – so called for their coiled copper tubing – to cool the spirit. A challenging Speyside whisky, it was described as “old-fashioned” even in 1891 as it makes no concessions to modern-day trends. Single malt fans appreciate CRAIGELLACHIE for its remarkable sulphuric, savoury, meaty character. CRAIGELLACHIE makes its way from the distillery doors this month, with a 13-year-old, 17-year-old, a travel retail exclusive 19-year-old, and a limited 23-year-old. 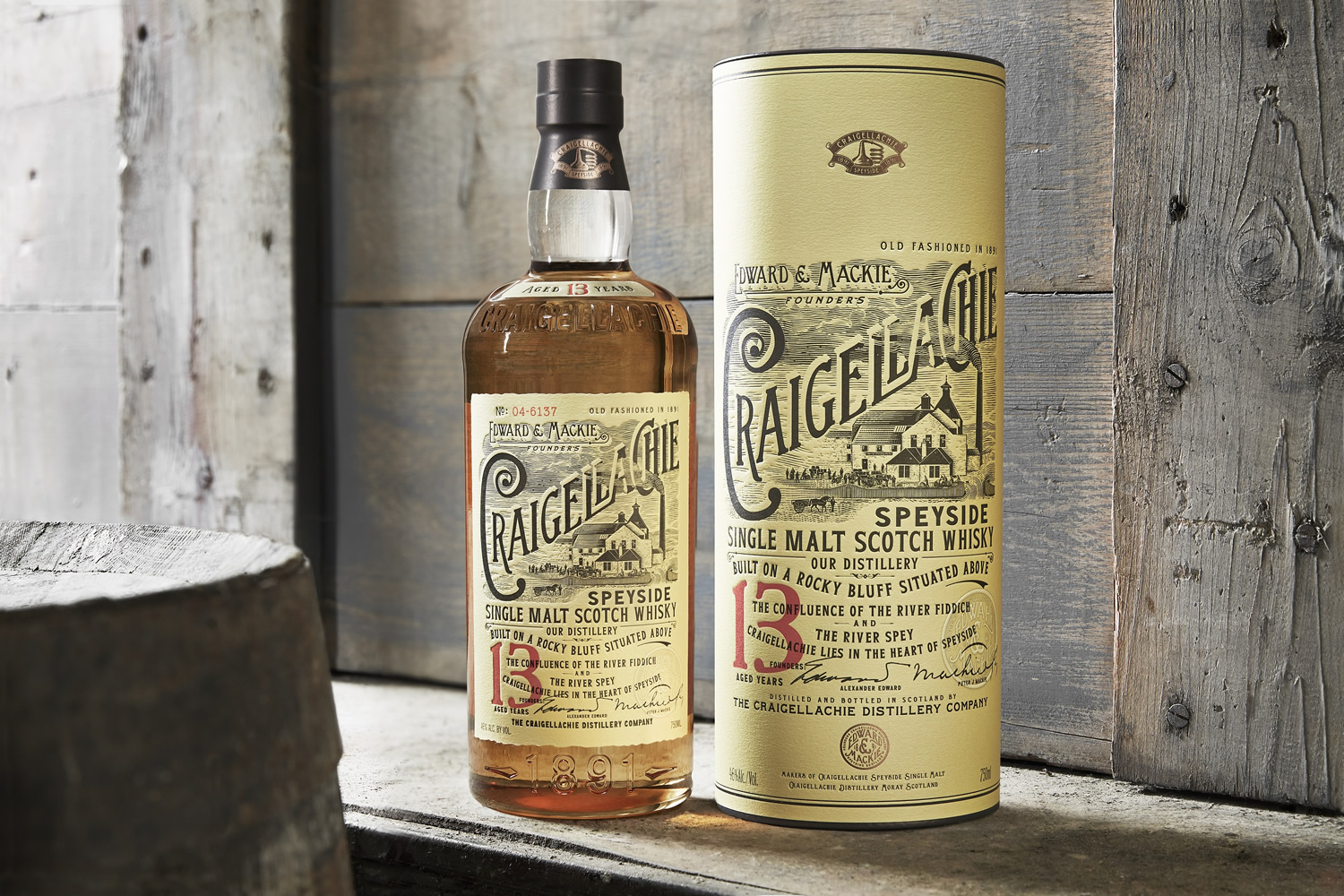 Coming in summer 2015, THE DEVERON, a new range of 12-, 18- and 25-year-old single malts, made where the River Deveron meets the open seas. Offering “calm from the storm,” it’s the perfect fireside malt. Soft fruity notes combine with an easy drinking style to make THE DEVERON a favourite with the work force of the distillery.

With a previous limited edition release of a 35-year-old £10,000 (US$15,000) a bottle, ROYAL BRACKLA is a truly regal malt. Founded in 1812, in the northern Highlands, it hails from the first distillery bestowed with a royal warrant and has since been lauded as “The King’s Own Whisky.” Heavily sherried, rich, fruity and full, ROYAL BRACKLA is a fine dram to savour as it slowly reveals its complexity. To be released in March as 12-year-old, 16-year-old and 21-year-old expressions.

“We have been patiently reserving casks and we are now ready to share the five distinguished malts with whisky lovers around the world – each release features an age statement,” adds Stephen Marshall, single malts global marketing manager. “Up until now, these amazing liquids have been Scotland’s best-kept secret, known only to a few. Now we’re appealing to single malt drinkers – people who like stories and enthusiasts who are interested in exploring the aromas of the world’s most complex spirit.”

The single malts, which will be released in phases, will be available as a complete set of five or in various combinations of the expressions in 10 initial markets around the world including Canada, France, Germany, Japan, Russia, Sweden, Taiwan, United Kingdom, United States and Global Travel Retail.

The first public showing of the Last Great Malts single malt Scotch collection will be at the Stockholm Beer & Whisky Festival starting September 25.

The single malt brands of ABERFELDY®, AULTMORE®, CRAIGELLACHIE®, THE DEVERON® and ROYAL BRACKLA® are part of the portfolio of Bacardi Limited, headquartered in Hamilton, Bermuda. Bacardi Limited refers to the Bacardi group of companies, including Bacardi International Limited.