May is always a stoater of a month for Whisky events and the Society are forging ahead with a new idea /celebration aptly named “Clans & Drams” – see full press release below: 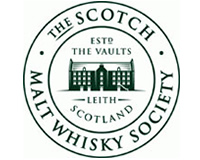 Clans are famously associated with territorial battles and bloody skirmishes. But this May, The Scotch Malt Whisky Society is putting ancient rivalries aside with the launch of Clans & Drams – a month-long celebration of ‘whisky clans’ based on flavours that takes place during Homecoming Scotland 2014’s Whisky Month.

The Society, which bottles single cask malt whiskies from a huge range of distilleries, has created 12 special whisky clans based on flavour profiles. Every traditional family clan has a reputation that defines them, with attributes such as bravery, honesty or dexterity. The Society have taken real clan mottos and personalities and attributed these to their flavour clans. Whether you’re the fiery ‘Spicy and Sweet’, or the majestic ‘Deep, Rich & Dried Fruits’, there is a whisky clan for everyone.

The Society has launched its Clans & Drams activities with the creation of a unique wooden kilt – hand-made by furniture maker Anselm Fraser from pieces of wood from a single cask of whisky. The sporran area of the kilt represents the Society’s 12 whisky clans – with each clan represented by a colour. The Society’s three venues in Edinburgh and London will also be transformed with whisky clan badges and an array of props.

As well as opening its doors to non-members throughout May and pairing its latest release of whiskies to the 12 flavour clans, The Society is hosting a number of events at its Edinburgh venues – these include:

– Hauf ‘n’ Hauf beer & whisky tastings, The Vaults (10th May) and 28 Queen Street 23 May) – the Society is teaming up with Inveralmond Brewery to revive the Scottish tradition of a half pint of beer and a dram of whisky

Mark van der Vijver, UK Sales Manager for The Scotch Malt Whisky Society said: “Here at the Society, we believe it’s really important for our members not to have any preconceptions based on traditional whisky regions or distillery brands when choosing a whisky; we encourage everyone to focus on the flavours within each whisky so they don’t miss out on discovering something they may not usually try. Clans & Drams embodies this concept by taking a playful approach to traditional clans and creating our own flavour-based whisky clans.”

Caroline Packman, Homecoming Director adds: “The Scotch Malt Whisky Society is one of the world’s most renowned whisky clubs, and their Clans & Drams events will give visitors a unique tasting experience this May. Homecoming is a great opportunity to place the spotlight on Scotland’s greatest assets, with Whisky Month set to celebrate our national drink through a series of innovative and engaging events.”

A full list of the experiences throughout Clans & Drams month can be found at www.smws.co.uk/clans&drams