Jim and Nicola were contacted by Th

e Glen Garioch Team and they gave us the title of Drambassadors. Obviously we were delighted with this new role, our one and only task was to receive a sample of a new Glen Garioch expression and with a couple of pairing items (jam and chocolate) and several clues that were to assist us in identifying how this dram was constructed (age and what cask had been used for maturation) and then give our honest tasting notes.

On Wednesday 23rd April Jim and Nicola sat down with our sample and clues and here is our thoughts on this dram.  It was pretty tough, we had a thoroughly enjoyable afternoon which provoked a lot of chat of many possibilities, but after serious deliberation below are the answers we believed to be the most probable … 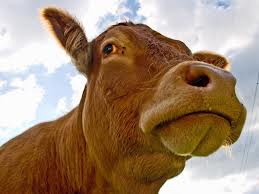 We think this Single Malt was Matured/Finished in Cognac Barrels which are made with Limousin Oak and left to age in caves which are located in the South West area of France, 100km from the Atlantic.  Now this gave us the feeling of Scotland and France joining in making an extra special dram – The Auld Alliance at it’s best.

We both also thought that this Malt was distilled in the Summer of 1998, the year that France hosted the World Cup. 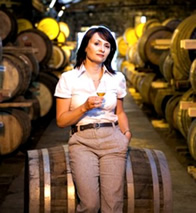 Nose…Treacle with a touch of fiery spice, wee hint of burnt butter crumpets, cinnamon and red jelly fruits, quite luscious.

Here’s hoping that Rachel Barrie has similar notes to what we both have and our detective work was accurate.

This is an excellent tasty and lively dram, we look forward to getting more details and when it will be on sale.