If you are up near the Glenmorangie Distillery then this is one not to miss, the Whisky Boys will have to check their diaries to see if they can manage a wee run up to Tain.

Members of the public will be able to witness the magic of Scotland’s tallest stills in action when Glenmorangie’s distillery in Tain puts on a special Open Weekend on June 15 and 16.

The weekend-long programme of free tours, tastings and events will lift the lid on the production process behind Scotland’s favourite single malt.

Visitors will be able to meet and talk with the Men of Tain – the select group of craftsmen who are entrusted with the secrets of the Glenmorangie Distillery. Their dedication and skill has been handed down from generation to generation since the founding of the distillery in 1843.

They can also see the distillery’s 12 copper-necked stills in operation, the necks of which stand at over 16ft – the same height as a fully grown adult giraffe. This guarantees a smoother finish as only the lightest and purest vapours ascend to the top.

Paul Skipworth, President and Managing Director of The Glenmorangie Company, said: “We’ve been part of the Ross-shire landscape for 170 years when William Matheson first established the distillery. We are delighted to have this Open Weekend and to share some of the secrets that go in to making our famous whisky.

“Glenmorangie is distilled in the tallest malt whisky stills in Scotland, and we’d encourage as many people as possible to experience the special ‘cathedral-like’ atmosphere of this beautiful still house, and the tranquil surroundings of the distillery for themselves.”

As a family-friendly weekend, complementary activities include a barbecue, crêperie, hot chocolate, falconry and performances by the Tain Pipe Band.

Doors open from 10am until 4.30pm on Saturday and Sunday and there are two types of free to 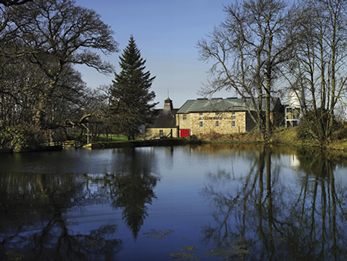 Tour A lasts three hours and starts at 10.15am and 12.30pm. There are only two of this very select type of tour per day. Ten lucky people on each tour will, as well as touring the distillery, also visit the Hilton of Cadboll Stone, Glenmorangie House, Tarlogie Spring and enjoy a very unusual sonic tasting. Those interested must pre-book this tour and places will be allocated on a first-come-first-served basis.

Tour B will take place every half hour from 10am. Booking is advisable but not essential. Visitors will see the mash house, still house, warehousing, and enjoy a whisky tasting and be given a tasting glass to take away as a memento.

Annette Mackenzie, Visitor Centre Manager at the Glenmorangie Distillery, said: “The Glenmorangie success story is as much about people as it is about whisky. We want as many visitors to see first-hand the artistry and dedication of the Men of Tain and what goes in to producing the perfect dram time and again.

“We will also be offering visitors the chance to join in the selection and design of a special, limited edition Glenmorangie through our unique Cask Masters programme, which we launched earlier in the year.”

Members of the public interesting in attending the Open Days should telephone 01862 892477 or email tain-shop@glenmorangie.co.uk 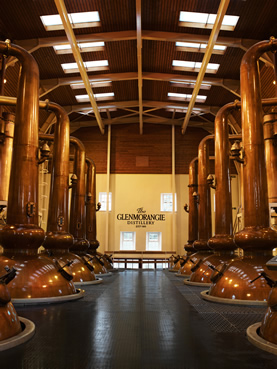 The Glenmorangie Distillery Open Weekend is part of a wider initiative being run by LVMH Moët Hennessy Louis Vuitton, the owners of The Glenmorangie Company. During the course of June 15 to 16, 40 of LVMH’s brands across Europe including Krug, Bulgari and TAG Heuer, will also throw open their doors to the public in a programme called Journées Particulières www.journeesparticulieres.com

Glenmorangie Single Malt Scotch Whisky originates in the Scottish Highlands where, at the Glenmorangie Distillery, it is distilled in the tallest malt whisky stills in Scotland, expertly matured in the finest oak casks, and perfected by the Men of Tain. The Distillery was founded in 1843 and is renowned as a pioneer in its field uniting tradition with innovation to create ‘unnecessarily well made whiskies.’

To find out more about Cask Masters www.caskmasters.glenmorangie.com

The Glenmorangie Company advocates responsible drinking and suggests that drinkers savour Glenmorangie whiskies in moderation and in line with recommended daily guidelines for alcohol consumption.