Launch to take place at Islay Festival on “Ardbog Day” – 1 June 2013 – where activities will include bog welly tossing, peat-tasting and organoleptic orienteering tasting.

The famed peat bogs of the Hebridean island of Islay are set to be celebrated after it was announced Ardbeg, the Ultimate Islay Malt, has named its new whisky…Ardbog. 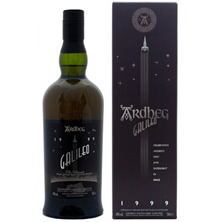 Ardbeg – the world’s peatiest whisky* and four-time winner of World’s Best Whisky awards – will launch the single malt on 1 June, named “Ardbog Day” this year in a nod to Ardbeg’s latest release.

Ardbog Day is set to take place at Ardbeg’s distillery on the south coast of Islay. And Ardbeg is calling on its 85,000 fans from 130 countries worldwide to visit Scotland and compete in such eclectic events as bog welly tossing, peat-tasting and even organoleptic orienteering tasting.

The Islay Festival of Malt and Music (the Feis Ile) – of which Ardbog Day marks the culmination– runs from 26 May to 1 June 2013. It has become a key date in the calendar of malt whisky aficionados around the world, with thousands of them making the trip to the Island of Islay annually.

The Ardbeg Distillery is also organising ‘Ardbog Day’ parties around the world for those who cannot make the annual pilgrimage to Islay and their favourite distillery, with gatherings taking place from San Francisco to Sydney to the centre of London.

Distillery Manager Michael Heads said: “Every year we welcome hundreds of Ardbeg fans from all over the world to the distillery to have a lot of fun, and we’re hoping this year will be no different.

“Bog welly tossing we’ve done before, but organoleptic orienteering tasting – where participants use their navigational skills to find the manager and his team at each control point and savour some extraordinary drams – now that should be interesting!”

The Limited Edition Ardbog will be launched at Ardbog Day. It is bottled at 52.1% ABV and will be available from www.ardbeg.com.

Dr Bill Lumsden, Director of Distillation and Whisky Creation, explains: “The overall combination of effects in Ardbog truly conjures up the impression of ancient, primeval, salty peat bogs, but reassuringly this is combined with some classic, intense Ardbeg notes of leather, toffee and smoke.

“As with all Ardbeg it is about getting the balance of many flavours right so others such as mocha coffee, cloves and even anchovies play their part!”

Dr Bill Lumsdencontinues: “Every year we try to come up with something interesting and enticing for our Ardbeg fans, and we have for years laid down a range of experiments which may or may not see the light of day!

“Ardbog is one such experiment in that it combines two different styles of maturation to create a new flavour experience.

“At its heart our hallmark smoky yet fruity and floral spirit has been matured in Spanish ex-Manzanilla sherry casks for ten years, which has then been wrapped with traditional Ardbeg of the same age that is matured in American ex-bourbon oak casks. The Manzanilla maturation weaves salty flavours through the whisky which is then balanced with the maple syrup creaminess of the first-fill ex-bourbon casks.”

“This dichotomy of savoury and sweet flavours underlines Ardbeg’s status as the most complex of all the Islay Malts.”

In recent years Ardbeg has spread the word about its annual celebration through its worldwide fan club, the Ardbeg Committee, which today numbers over 85,000 members in 130 countries. To sign up to become a Committee member, log on to www.ardbeg.com.