The Whisky Boys have to congratulate all at Glenmorangie for the outstanding awards they have just received, all well earned and not unexpected.

The Glenmorangie Company was the toast of the prestigious International Wine & Spirit Competition (IWSC) this week after being named 2012 Distiller of the Year.

Glenmorangie was first named UK Spirits Producer of the Year and then went head to head with some of the biggest global distillers. The iconic Scotch Whisky distiller then emerged with the biggest prize of the night: 2012 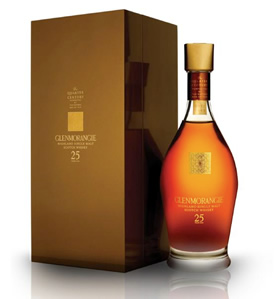 Distiller of the Year.

Glenmorangie’s 25 Year Old was also the winner in the category for Best Single Malt over 15 years Old.

Since its foundation in 1969, the IWSC and its panel of judges have rewarded excellence in wines and spirits with entrants drawn from nearly 90 countries. London’s historic Guildhall played host to a banquet which drew over 450 aficionados from across the globe.

Paul Skipworth, President and Managing Director at The Glenmorangie Company, said: “Being crowned the Distiller of the Year is the icing on the cake in what has been a highly successful 2012 for Glenmorangie. This is the top prize for the whole international spirits industry.

“This award recognises the extra mile that Glenmorangie goes to deliver an exceptional quality of whisky. The IWSC judges have recognised the efforts made by everyone in our team and we are absolutely delighted”.

Dr Bill Lumsden, Director of Distilling & Whisky Creation at The Glenmorangie Company, said: “This accolade makes me very proud to be a part of such a highly regarded whisky company and its contribution to such a vibrant Scotch whisky industry.

“The superb quality of our whiskies has always been my top priority together with my team, and it is great to receive independent validation from the highly respected IWSC. 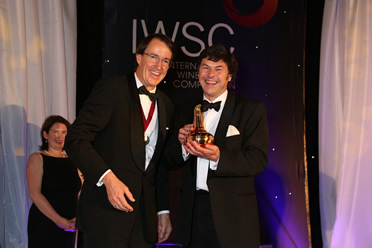 “Our attention to detail from the selection of raw materials, through careful distillation to the use of the finest quality oak casks for maturation, helps to ensure that all our whiskies provide an unparalleled taste experience”.

Allen Gibbons, IWSC Chief Executive, said: “2012 has been another very strong year for the whisky industry and the quality of products entered was particularly high. Glenmorangie’s success against such tough competition is a testament to the quality of their products.”

Glenmorangie Company whiskies have now won a remarkable total of 32 Best in Class and Outstanding Gold medals over the past six years at the IWSC – the most internationally recognised awards body.

This is more than any other single malt Scotch whisky, making Glenmorangie the ‘best of the best’.