Islay’s, Caol Ila Distillery gets a £3.5 million upgrade by Diageo

Caol Ila is the islands largest distillery and sits on the Sound of Islay.

This upgrade will result in a six month programme beginning in June and finishing by the year end. 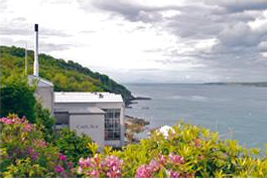 This 1846 founded distillery produces almost 6 million litres of Scotch and the upgrade will increase production by almost another 700,000 litres.

The replacing and greatly upgrading the current equipment will be a big bonus to the local community with additional employment and the financial spending of incoming contractors.

Diageo’s senior manager on Islay, Kevin Sutherland said “An investment of this scale is fantastic for the local economy and it signals Diageo’s deep-rooted commitment to the Islay whisky industry. Caol Ila is a wonderful distillery of which we are very proud and I am delighted we are going to be able to produce even more fantastic single malt as well as contributing to the growth of Johnnie Walker and Diageo’s other leading global Scotch brands.”

The largest part of Caol Ila’s production is used in many of Diageo’s blended drams with only a small part being kept and sold as selection of single malts.

All this together with a £600 million spend over the last six or so years and the building of a new distillery on Speyside costing £40 million and given the name, Roseisle, convinces everyone, of Diageo’s commitment to Scotland, Scotch Whisky and the continued world confidence in Scotch Whisky.

So the Whisky Boys must congratulate all at Diageo for there commitment to the finest Whisky in the world, namely Scotch, and the continued production of some of the worlds best known drams, like, Cardhu, Knockando, Glen Elgin, Clynelish, Dalwhinnie, Lagavulin and of course Talisker and Caol Isla and there are many more. Most of these can be purchased as single malts under there own name and as used to make many of Diageo’s blended Scotch Whiskies like Johnnie Walker, J & B , Dimple, White Horse and Vat 69, again to mention just a few, again well done Diageo.