It is just about 9 am on Friday the 18th March 2011 when Nicola and Scott (our designated driver for the day) arrived to pick up Jim prior to heading north to Crieff (where we also picked up Iain Caskie, a future guest taster) the home of Glenturret Distillery, the oldest in Scotland and this is also the venue for the Famous Grouse Experience. 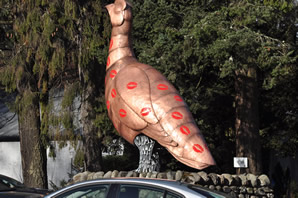 So today’s visit is that The Whisky Boys were on the guest list for the official opening of the new Dramming Room and additional interactive area for the Famous Grouse Experience.

The morning started with Jim and Nicola getting a full tour of the distillery and we were part of the main party which included senior managers from the Edrington Group together with the guest of honour, Mr Gordon Banks, the Labour Member of Parliament for Ochil and South Perthshire. Mr. Banks had the honour today of cutting the ribbon to officially open the new area and the Dramming Room.

Also in our party was Ian Buxton the author, who we first met at The Glasgow Whisky Festival last year and who was kind enough to complete one of our Q & A which you can all read on this site, check it out in the section Spotlight on Whisky. Ian’s book ” 101 Whiskies to try Before you Die ” is a great read and the Whisky Boys are slowly but surely ticking off all the drams we have tasted.

The tour was great and very well conducted by our guide Pat. 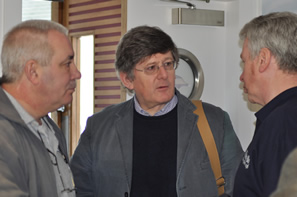 We then entered the area which included the shop, restaurant, The Famous Experience and the new Dramming Room. Mr. Banks was given his scissors and he then proceed to cut the ribbon and officially open this fine new area and bar, the click of many camera’s certainly captured the moment as you can see.

You entered the new dramming room via the new interactive area which had many new additions including a new “nosing” section. When we all entered the dramming room all the guest were offered a dram, and they could choose form either, a Famous Grouse Blended Scotch Whisky, a Black Grouse, a Snow Grouse or even the cocktail which was named The Ginger Grouse, a mix of the Famous Grouse and ginger beer which is pured from a tap and served over ice in a tall glass.

Whilst enjoying a dram and chatting with Ian Buxton we were joined by Gary Dawson and Gary Doherty of Pocket Rocket
who are designers and have created many packaging and labels for the Whisky Industry.  The Whisky Boys and the Pocket Rocket guys are hoping to get together soon, as Jim and Nicola would love to do a wee article on them and publish it on this site. (And maybe have a wee dram or two with them). 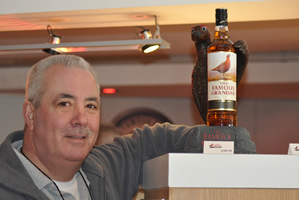 Once everyone started to make there way home or to the shop, Jim and Nicola adjourned to the Bar/Restaurant area where Scott was working away with his laptop. Scott had a soft drink at the bar, but Jim and Iain enjoyed a Famous Grouse, Islay Cask Finish and Nicola had a Glenturret 12 Year Old.

So all in all it was really good day out, a distillery tour and a couple of drams, meeting old and new friends.

So anyone out there who are in the Crieff area must put a visit to Glenturret on their itinerary.