It had been another busy week in the Whisky Boys world – so Nicola, Jim, Scott and Jacqueline all got together for a bite to eat and a couple of drams. The conversation, as always turned to the amber nectar. Nicola’s husband and Jim’s wife asked the “Boys” if they were to purchase a barrel on their behalf for them to bottle and Label as a Whisky Boys dram what would it be. 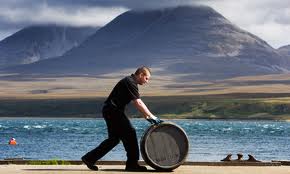 You have never heard such a frenzied conversation, a combination of disbelief that this suggestion has actually been verbalised, anticipation, excitement, elation at the options – it was literally like kids in a sweetie shop. After calming them down a bit and trying to get them focus on what the criteria would be, both agreed it would be a 12 year old. There was such a selection of distilleries mooted and then dismissed, only to be replaced enthusiastically with another, then they would go back to the original. It is true what they say there is no such thing as a bad Whisky, it’s just that some are better than others.

Like all drinks, even tea, there are some cups that taste better than others, depending on thirst, mood, temperature and venue. For the Whisky Boys a dram is best enjoyed in a relaxed, comfortable atmosphere, which is warm and in the company of good friends.

So back to the “hypothetical” barrel. It was asked what would your bottle look like. It was agreed that it should be a clear bottle, most likely with a pale green label indicating that the dram had been bottled by the Whisky Boys as their preferred choice. There was great discussion around what to call the dram. Here are some of the suggestions.

So as you can gather the discussion continued at length. Both agreed that the bottle must have a cork, none of your screw cap jobs here.

The conversation then returned to the actual barrel, what did they want to influence the flavour of the bespoke dram. Again both Nicola and Jim enthusiastically came up with suggestions of barrels, finally agreeing that maturation should definitely be in an ex Bourbon cask and the preferred finishing should be in a sherry cask. At Jims request it was agreed that this should be in a Pedro Ximenez cask.

The next big question was which distillery. Well OMG the discussion became more frenzied, with both of them completely getting carried away and spouting preferred distilleries right left and centre. eventually we managed to get them to (pardon the pun) distil it down to three grand distilleries:

So far so good. To recap I have listed their criteria for the perfect Whisky Boys

* It would be aged 12 years
* It would be in a clear bottle – cork of course
* Pale green label – one suggestion, Old Longcroft, Bottled by Whisky Boys
* Maturation in ex Bourbon casks
* Finished in Pedro Ximenez cask
* Three choice distilleries selected, but only choose one 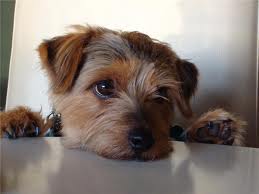 This only left one final question. What would they do with this dram, once bottled. They agreed they would keep most of them, sell some, aiming to price it at about £35, and they would send some off for review by Whisky Industry acknowledged experts.

At this point Scott and Jacqueline had to remind the Whisky Boys that this was really a hypothetical discussion, and that we really were not planning on buying them a barrel and that the chance of this happening was completely “In Yur Dreams”. They sat for the rest of the evening like scolded puppies, with sad brown eyes.