The Whisky Boys thought it might be a good idea to share with you some history regarding the tradition that is Hogmanay, as only one nation in the world can celebrate the New Year with such revelry and passion – the Scots!

It may surprise many people to note that Christmas was not celebrated as a festival and virtually banned in Scotland for around 400 years, from the end of the 17th century to the 1950s. The reason for this dates back to the years of Protestant Reformation, when the straight-laced Kirk proclaimed Christmas as a Popish or Catholic feast, and as such needed banning.

And so it was, right up until the 1950s that many Scots worked over Christmas and celebrated their winter solstice holiday at New Year when family and friends would gather for a party.

Our memories of being children is that in many homes the only time a bottle of Whisky would be purchased is for the man of the house to go “First Footing”. Many households had their own rituals, in our homes it involved mother cleaning in a frenzied 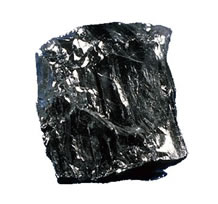 manor, ensuring that all glasses were washed, the house dusted, the coal stocked up for a long night etc. With regard to food, a hearty meal of homemade Scotch Broth, followed by Steak Pie, boiled potatoes and marrowfat peas was prepared. Again the tradition is that this meal is eaten about 10.00 p.m. at night to ensure that everyone had a good meal in their stomach prior to any indulging in the water of life.

Once the meal is complete, and of course all dishes washed and put away, the mother of the home would prepare the dishes of food treats for First Footers. There is usually shortbread, sultana cake, and cherry cake, and black bun – you must remember that these traditions predate crisps and peanuts.

There are other traditions and superstitions that many Scots would comply with prior the sounding of the “Bells” at midnight. The clearing of any debts was an example of the desire to clear out the remains of the old year.

“First footing” (or the “first foot” in the house after midnight) is still common across Scotland. To ensure good luck for the house the first foot should be a dark male, and he should bring with him symbolic pieces of coal, shortbread, salt, black bun and a wee dram of whisky. The dark male bit is believed to be a throwback to the Viking days, when a big blonde stranger arriving on your 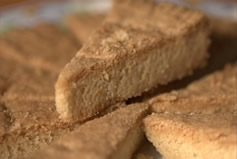 The men of the most homes would gather some shortbread/cake/sweets and their bottle and visit their neighbours, wishing them a happy New Year and leaving a gift of food. The bottles would be opened and traditionally it was just the men, would have a nip out of each others bottle, then you would move onto the next house and repeat the exercise. These First Footing sessions quite often went on until early the next day, by which time the revelers were a bit wobbly on their feet.

To this day many of these traditions are continued. As the end of the year approaches, someone from the group has to go outside the house and await the final strike of the bells and then ring the door to ensure they are the first foot of the New Year.

For visitors to Scotland it is worth remembering that January 2nd is also a national holiday in Scotland, this extra day 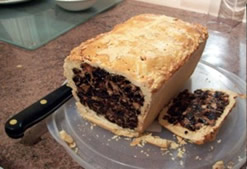 being barely enough time to recover from a week of intense revelry and merry-making. All of which helps to form part of Scotland’s cultural legacy of ancient customs and traditions that surround the pagan festival of Hogmanay.

Jim,Dougie and Nicola are still working on our Whiskies for the New Year celebrations, we have to decide on the bottle we take with us when ‘first footing’ and also the bottles we will open for relatives/friends and neighbours who will visit the Whisky Boys over the New Year weekend.

All our visiting guests can be assured of a grand dram or three.

From all of us to all of you, have a happy, healthy and prosperous New Year.