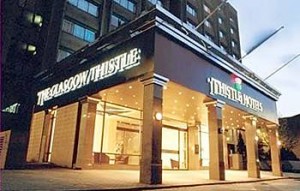 The Whisky Boys must firstly apologies for being a tad late with our report on Glasgow’s Whisky Live, it’s really not like us.

Well the Boys and their Ambassador Bruce gathered at Jim’s house for a hearty breakfast and lashings of tea prior to journeying into the heart of Glasgow for their visit to Whisky Live, all sporting The Whisky Boys polo shirts.

Jacqueline (Jim’s wife) was kind enough to drop us all off at the venue, which we entered and collected our tickets, with the excitement that kids have when visiting the circus for the first time.

The overall image of the venue held in one of the largest function rooms of the Thistle Hotel was more than adequate (but you have to remember when reading this, the Whisky Boys only have one other Whisky Live festival to compare this one with, i.e. last years festival at the SECC in Glasgow).

A buzz was initially obvious on our entry into the hall, and it appeared to be the result of the tasting bottles only having a 10 ml measure attached. The exhibitors and the Whisky tasting visitors alike were extremely disappointed in this measure. We are unsure if it was the Hotel, licensing laws or indeed the event organisers who were to blame for this childish measure. But sense did prevail and these measures were sooner or later discarded by a few of the exhibitors.

There did not seem to be as many exhibitors as last year, but the hall did look busy and quite full.

The biggest change from last year was that the food supplied was far superior than last years dismal offering, this year we had hot soup and a choice of sandwich’s, which was more than enough to take the edge of one’s hunger. 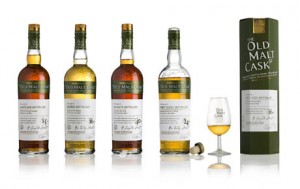 As far as the exhibitors on show were concerned some were so much better than others ( and we don’t mean by the way they dished out the samples) some who require special mention are Hugh Muir of Douglas Laing & Co Ltd. – Greig Stables of Glen Grant Distillery Company Limited – Andrew Rayment the Personalised Scotch Whisky Co. – Robert Fleming of Tomintoul Distillery. These and others on show were showing great enthusiasm in their Distillery or products, and it was a great joy to chat to them. On the other hand there were a couple of exhibitors who gave the impression that it was a chore to be standing in front of their stall holding all their goods and having to talk to people who approached them.

The Whisky Boys opinion of the event was that is was just okay, last year was better.

How other cities around the world show off Whisky (especially Scotch) in their Whisky Live Festivals we are unaware but would like to hear from others around the world who visit their cities festival and how they felt it was run and how well it promoted the wonderful world of Whisky.

Maybe one day the Whisky Boys will have the time to visit a different cities Whisky Live Festival, and do an article for our website on how others do it. 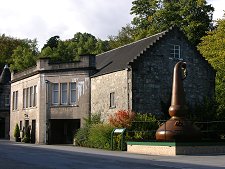 Our Gold Medal for hospitality, knowledge, enthusiasm and general enjoyment of working where he does together with the produce he is heavily involved in, goes to Mr. Greig Stables, Assistant Distillery Manager of Glen Grant Distillery Company Limited.

We have promised that when the Boys are up in Banffshire, The Glen Grant Distillery at Rothes is a must for a visit.