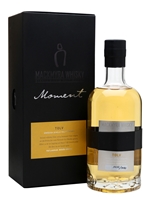 Tolv (Swedish for twelve) is made up of casks distilled in 2004 – some of the first to be aged in the underground Bodås mine. Oily and fruity with notes of berries, mixed herbs, vanilla and toast.