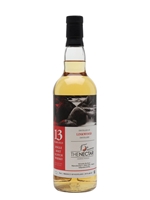 A 2008 Linkwood single malt from Belgian bottler The Nectar, matured for 13 years before being bottled in 2021 as part of a special release of its Daily Drams series, celebrating the 15th anniversary of The Nectar.