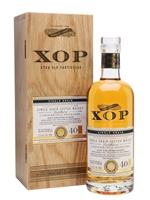 A bottling of long-aged grain whisky that's special enough to have earned a place in Douglas Laing's Xtra Old Particular series. Aged in a single refil hogshead, this abounds with notes of vanilla, rich caramel and dried apricot.

Carsebridge was closed in 1983, just seven years after this whisky was distilled.