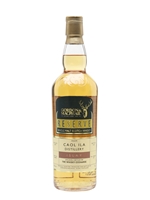 This 2004 vintage Caol Ila has been selected by The Whisky Exchange from stocks owned by independent bottler Gordon & MacPhail and bottled as part of the Reserve Series. Aged in a first-fill bourbon barrel, this is rich, fruity and smoky.