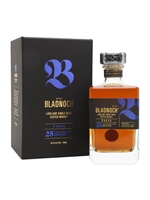 The oldest release in the trio of releases from the revitalised Bladnoch distillery, Talia has been aged for 25 years. Finished in new oak, this is a fresh and spicy whisky with notes of cinnamon, orange and black pepper.