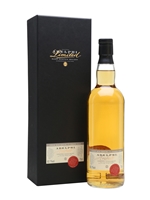 This Ben Nevis was distilled in 1996 and bottled in 2008 at 11 years of age. Re-released in 2016 form Adelphi's Archive series, whiskies from this Fort William distillery are fruity and traditionally lightly smoky.