I was over the moon to receive an invite to attend the Global Launch of two new expressions being added to the Method and Madness family.

First up is METHOD AND MADNESS Single Pot Still Irish Whiskey Finished in Virgin Hungarian Oak.  This whiskey, a single pot still distillate, was first matured in a combination of first-fill and re-fill American oak barrels, before finishing in the virgin Hungarian oak for 11 months.

METHOD AND MADNESS Single Pot Still Irish Whiskey Finished in Virgin Hungarian Oak is bottled without chill-filtration at 46% ABV and is available in Ireland, the UK, Travel Retail Ireland and France, RRP €89.

The second aged release in the METHOD AND MADNESS series is a 28 year old Ruby Port Pipe, which is a single pot still Irish whiskey matured initially for six years in American oak barrels, before being re-casked into a Ruby Port pipe for a further 22 years.

We all gathered in the centre of Dublin to taste these new expressions. First up was the Hungarian oak followed by the Ruby Port expression. 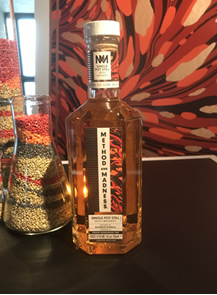 Finish…  Medium finish, wood spice enters the arena, a comforting feeling is left in the palate. 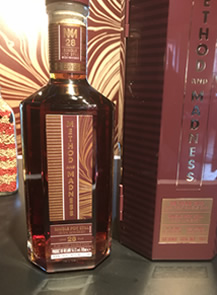 Nose…  A tropical fruit salad, you can almost feel the glow of the Caribbean sun, fresh creamy and exotic.

Well, they are decidedly grand, a big hand has to go to Keven O’Gorman ( Master of Maturation) Billy Leighton (Master Blender) and Dave McCabe ( Apprentice Blender) plus all who were involved at Midleton in these two creations of Whiskey excellence.