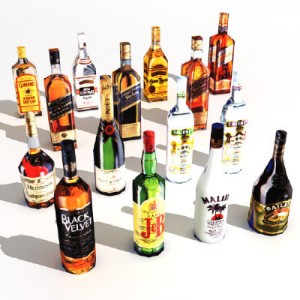 alcohol due to the high level of alcohol related hospital admissions.

In the interest of science, it was decided that the Whisky Boys would embark on a scientific study related to the effects of alcohol.

The two strands to this clinical trial involved two nights. On the first night the boys would only sip, savour and swill their nips.

This experiment was carried out over approximately 4 hours and all sipping was taken at a nice gentle pace.

At the end of the evening we had two mellow, articulate mature gentlemen who had been very good company.

Part two of the trial held on a different evening involved (only in the interest of science) our “two heroes” guzzling, gulping and quaffing at a fair rate of knots some fine Whisky (and the odd beer as a chaser).

Well what a different result. Our two boys very quickly went into “Crap Speak” (a technical term for men who talk rubbish). Strangely they became increasingly enthusiastic with this ongoing “Crap Speak” conversation and as it continued it became increasingly punctuated by the giggles. It was as if they had joined an elite mutual admiration society, complimenting each other at every opportunity.

The third phase of this experience involved Dougie standing up a great deal and Jim’s face began to contort. His face seemed to disconnect with his eyebrows heading for the ceiling and his mouth and chin going south to the carpet. The bit in the middle did not resemble anyone I know, let alone my husband (actually Hollywood could save themselves a fortune in prosthetics for horror movies, if only they would adopt this experiment).

Here were are after a couple of hours, with two gibbering edjits, happy, but incoherent.

From the results of the experiment my preference is to have two articulate upright, non fidgeting, normal faced Whisky Boys who have really enjoyed some exceptional Whisky (after all our houses are full of the stuff) rather than grown men who have regressed to toddlers. It proves the point that if alcohol is consumed responsibly it can be really enjoyed and enhance an evening.

At all times drink sensibly.

Jacqueline (its no that easy being a Whisky Boys wife, is that no correct Cathie?)