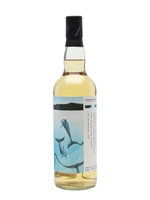 Bright, citrusy single malt from the lesser-spotted Teaninich distillery. This expression was assembled from two refill-American oak hogsheads yielding just 508 bottles. A great whisky from an unsung hero of the highlands.